So today my kids cracked me up…  We went to the local children’s museum just to find out that it’s not free on Sundays anymore (DRAT!), so we just let the kids play around in their courtyard area instead.  They all decided to race and my charming DD crouched down and proceeded to shake her little butt and wiggle it around.  This, in turn, made my middle kid do the exact same thing.  It was sort of their “runner’s stance” I guess.  🙂 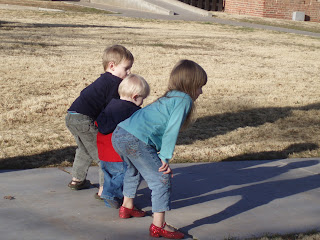 Anyway, I said, “On your mark…. get set….” and suddenly my littlest (15 months old) did the SAME THING!  Crouched down, wiggled butt… haha  So then before I could say, “GO!” they were already on their way to the finish line (a tree about 15 yards away). 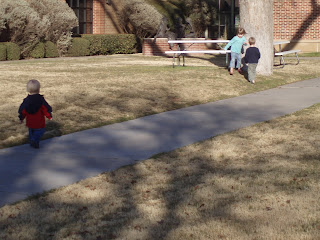 On their way back, my daughter gave a ton of enthusiastic high fives to my husband, followed quickly by my middle kid, followed slowly by the baby.. So sweet!! 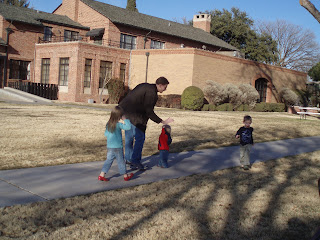 Later in the day, on our way home from dinner, my oldest son asked me, “Mama, when you die it will be long time from now?”  I told him that yes, it’d be a long time until I die.  He immediately burst out with, “YAAAAAAAY!! A LONG TIME!! I *love* YOU MAMA!!!!!” and my daughter said, “I LOVE YOU TOO!” and my baby just squealed in delight because he had to be included too.

Jenn lives in Fort Worth, Texas with her husband and 5 children. The family likes to eat healthy and try new recipes. Jenn homeschools all of the kids. She is heavily involved with local bloggers and is slightly addicted to social media.

RAQ: What are you? Republican? Democrat? What?
Have a wonderful day!! MLK, Jr Day is Today!

Hey! I’m Jenn, a busy mom of 5 kiddos in Fort Worth, Texas.
Yes, I’m REAL and I’m definitely quirky.
We homeschool, I work part time, blog, and volunteer with a local non-profit organization, and try to juggle it all. Sometimes I’m just hanging on by a thread until bedtime! I’m thankful for each and every day with my sweet family.
I’m so glad you made it here. Thanks for checking out my page. I hope it’s an amazing resource for you!

Stay up to date!
Subscribe to get all the latest

Jennifer/Jenn's RAQ is a participant in the Amazon Services LLC Associates Program, an affiliate advertising program designed to provide a means for sites to earn advertising fees by advertising and linking to amazon.com.

This error message is only visible to WordPress admins